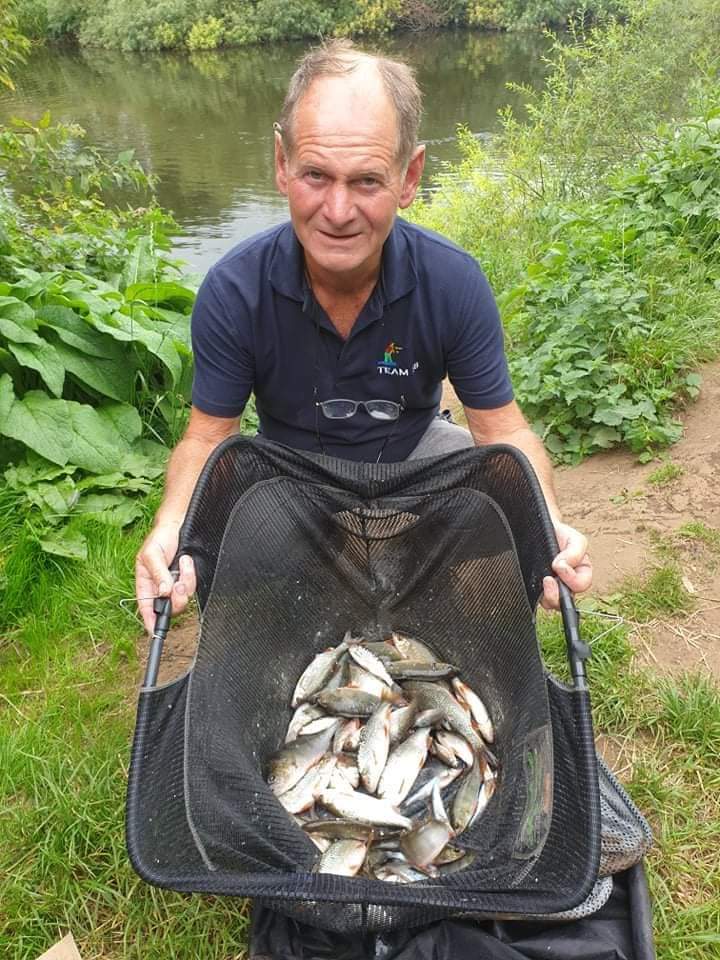 Today we saw the first of the August open matches at Cuttlebrook, the second one scheduled for the 29th.

Many of the anglers fishing were guys that use to fish the river matches years ago, so it was great to see so many familiar faces returning for another go.

Pete Hamilton won the match with 12lb 12oz, using the Stick and Waggler.

Stuart Mclellan came second with 10lb 2 oz, opting for the Waggler and Whip.

Roy Bumstead came in third with 9lb 2oz, on the Waggler and Stick.

Sections on the day:

It was great to see a group of anglers enjoy themselves on a competitive but friendly match, without any drama. Our waters have not been used for matches properly for such a long time, Its great to see Anglers both old and new faces getting involved and coming out on these matches.

As a club we have a vast amount of water, not just rivers. As we continue forward the Matches will grow and open up more pegs on the rivers and also make sure that we cater for still water, river and commercial based match anglers, that want to compete on a regular match scene.

Not only will this be good for Match anglers, but pleasure angers will also benefit, as the bait going into the waters will have a positive effect for us all, not to mention the access to pegs and waters that may not currently be available.

There is no doubt that the club is moving forward and heading in the right direction, our chairman is heavily involved in getting forgotten waters back on the map and as a committee we are dedicated to giving our members the best value for money as possible.